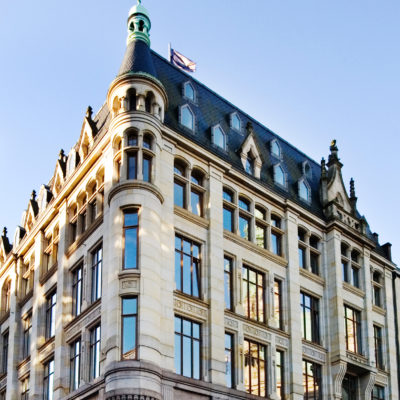 Zug (CH) — Part­ners Group, which specia­li­zes in private equity and other private market invest­ments, has acqui­red what it says is a “signi­fi­cant mino­rity stake” in Swiss watch­ma­ker Breit­ling from British invest­ment firm CVC Capi­tal Part­ners, which has control­led the watch­ma­king group for just over four years and has perfor­med very well under the leaders­hip of Geor­ges Kern, who was previously head of IWC. The tran­sac­tion was on behalf of clients, accord­ing to a Part­ners Group state­ment. The amount of the invest­ment was not disclosed.

As the NZZ writes, it should be around 25%. The parties are silent about the price, “but 700 million Fr. it should be, if not a little more,” notes the NZZ.

Accord­ing to Part­ners Group, the goal is to work with CVC and Breitling’s manage­ment to drive the watchmaker’s deve­lo­p­ment into a “leading neo-luxury watch brand.” The co-foun­­­der of Part­ners Group, Alfred Gant­ner, beco­mes a member of the Board of Direc­tors of the Gren­chen-based watch­ma­king group.

Daniel Pindur, CVC repre­sen­ta­tive on Breitling’s board of direc­tors, said, “With Part­ners Group coming on board for the next four to five years, we’re also brin­ging new exper­tise on board.” The plan, he said, is to take Breit­ling public on the Swiss stock exchange in a few years. Well-known consu­mer brands or even luxury brands have not been the core busi­ness of the Zug-based asset mana­ger until now. But Alfred Gant­ner admits that he hims­elf has been a big fan ever since his wife gave him a Breit­ling as a fiftieth birth­day present three years ago.

“We also star­ted to look at the brand and the watch indus­try with Part­ners Group at that time, and for the last two years we have been talking with CVC and Geor­ges Kern about a possi­ble enga­ge­ment,” he tells NZZ. “We like how Breit­ling sets itself apart from the tradi­tio­nal, exclu­sive watch brands. The focus on casual luxury and invol­ve­ment in trend sports such as surfing, triath­lon and biking is in keeping with the spirit of the times.”

They would also have liked to buy the whole company, but CVC wanted to remain invol­ved for good reasons and also retain control. “That’s not a problem for us because we’ve known CVC for over twenty years and have made several joint invest­ments,” Gant­ner said. Part­ners Group could well imagine remai­ning invol­ved for several years beyond a poten­tial IPO.

Breit­ling CEO Geor­ges Kern says: “The beauty of private equity is that you can act extre­mely quickly.” He is on the phone with Daniel Pindur from CVC almost every other day, and important decisi­ons are made immediately.

There are no publicly avail­able figu­res on Breitling’s busi­ness perfor­mance. Accord­ing to esti­ma­tes, the new team around Geor­ges Kern has been able to incre­ase sales, which had been around CHF 400 million at the time of the take­over, to around CHF 700 million in the past four years, accord­ing to the NZZ. and even with higher margins thanks to growing direct sales. Profit at Ebitda level is expec­ted to be around CHF 175 million, accord­ing to a source quoted by Reuters.