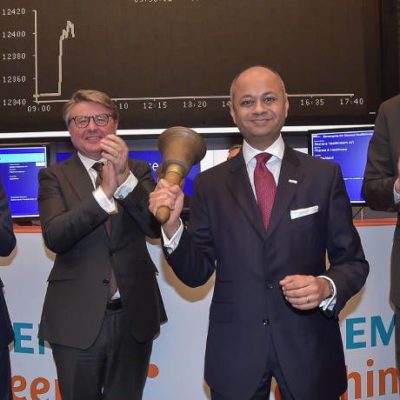 Munich — Excel­lent start to the new issue year 2018 with 6 IPOs in Q1 with a place­ment volume of around 6.4 billion euros. Best half-year record for new issues in Germany since 2000.

With an issue volume of €4.2 billion ($5.3 billion), Siemens Healt­hi­neers (photo) is the largest IPO from Germany. With a place­ment volume of around €1.3 billion ($1.6 billion), DWS is a second newco­mer to the stock market to enter the top 10 of the world’s largest IPOs in H1.

Although stock market indi­ces around the world fell signi­fi­cantly in the final weeks before the June 30 dead­line due to econo­mic and poli­ti­cal uncer­tain­ties, new issues in Germany outper­for­med the over­all market by an average of 3.1%. Siemens Healt­hi­neers was by far the best perfor­mer, with its share price rising 21.5% above the issue price. By contrast, Deut­sche Bank subsi­diary DWS disap­poin­ted with a share price loss of 20.8%. Over­all, inves­tors suffe­red price losses on 5 of the 12 new issues.

As in the previous two half-years, the speci­fic trading segment for small and medium-sized enter­pri­ses “Scale” recor­ded 2 new issues. STEMMER IMAGING was the first Scale IPO with a place­ment volume of more than € 100 million. Bank­haus Hauck & Aufhäu­ser has obviously become the top address for new issues in Scale. 4 of the 6 new issues were suppor­ted by Hauck & Aufhäuser.

For the The first compa­nies have announ­ced their IPOs in the second half of 2018. We there­fore expect around 20 compa­nies to make their stock market debut this year. Nevertheless, we put a big ques­tion mark behind the new issue year 2018. There are no indi­ca­ti­ons that this trend will conti­nue in Germany in the future. This is mainly because the struc­tu­ral problems — whether in terms of share culture, costs or regu­la­tory obsta­cles — have not chan­ged. A detailed evalua­tion and analy­sis of all IPOs in Germany in the 1st half of 2018 can be found on our home­page https://www.blaettchen.de.