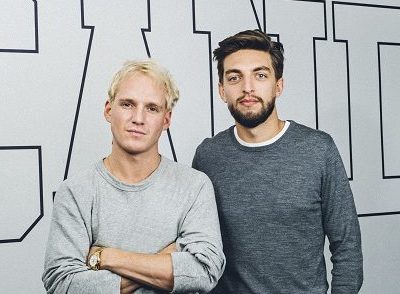 Foun­ded in London in 2012 by Jamie Laing (photo left), star of the British TV series ‘Made in Chel­sea’, and Ed Williams (photo right), the company has quickly become one of the UK’s best-known candy brands with its inno­va­tive gour­met sweets in authen­tic flavors and origi­nal pack­a­ging. All products are gluten-free and are made without arti­fi­cial flavors or colors.

About ARQIS
ARQIS is an inde­pen­dent busi­ness law firm opera­ting in Germany and Japan. The firm was foun­ded in 2006 at its current offices in Düssel­dorf, Munich and Tokyo. Around 45 lawy­ers advise domestic and foreign compa­nies at the highest level on the core issues of German and Japa­nese busi­ness law. The focus is on M&A, corpo­rate law, private equity, venture capi­tal, employ­ment law, private clients as well as intel­lec­tual property and liti­ga­tion. For more infor­ma­tion, visit www.arqis.com.